May Poll Results: Are there other Ashleys out there?

Every month, republicEn asks 3 Questions for the EcoRight to learn more about our community.

republicEn.org ventured out to ask, “Are there other Ashleys out there?” 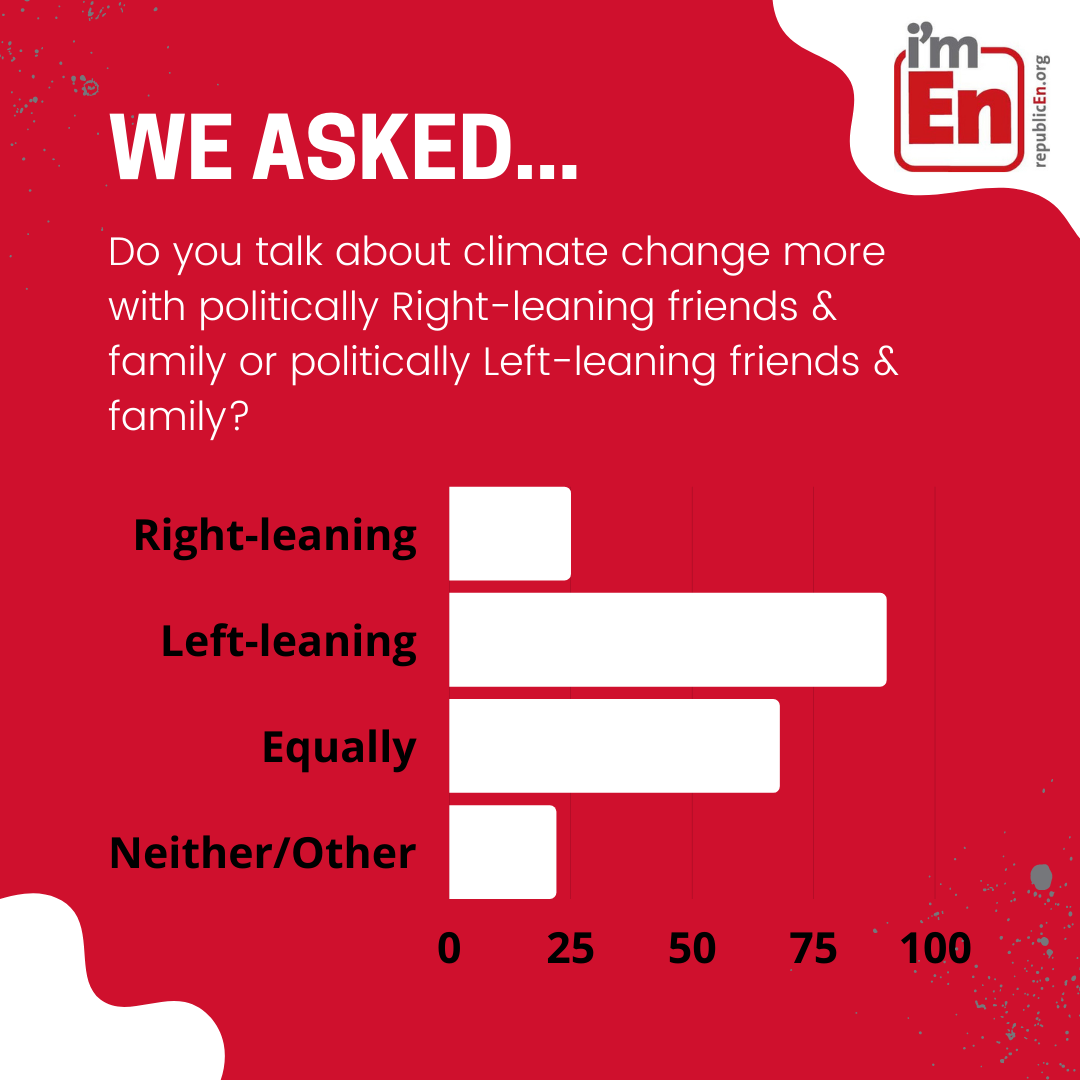 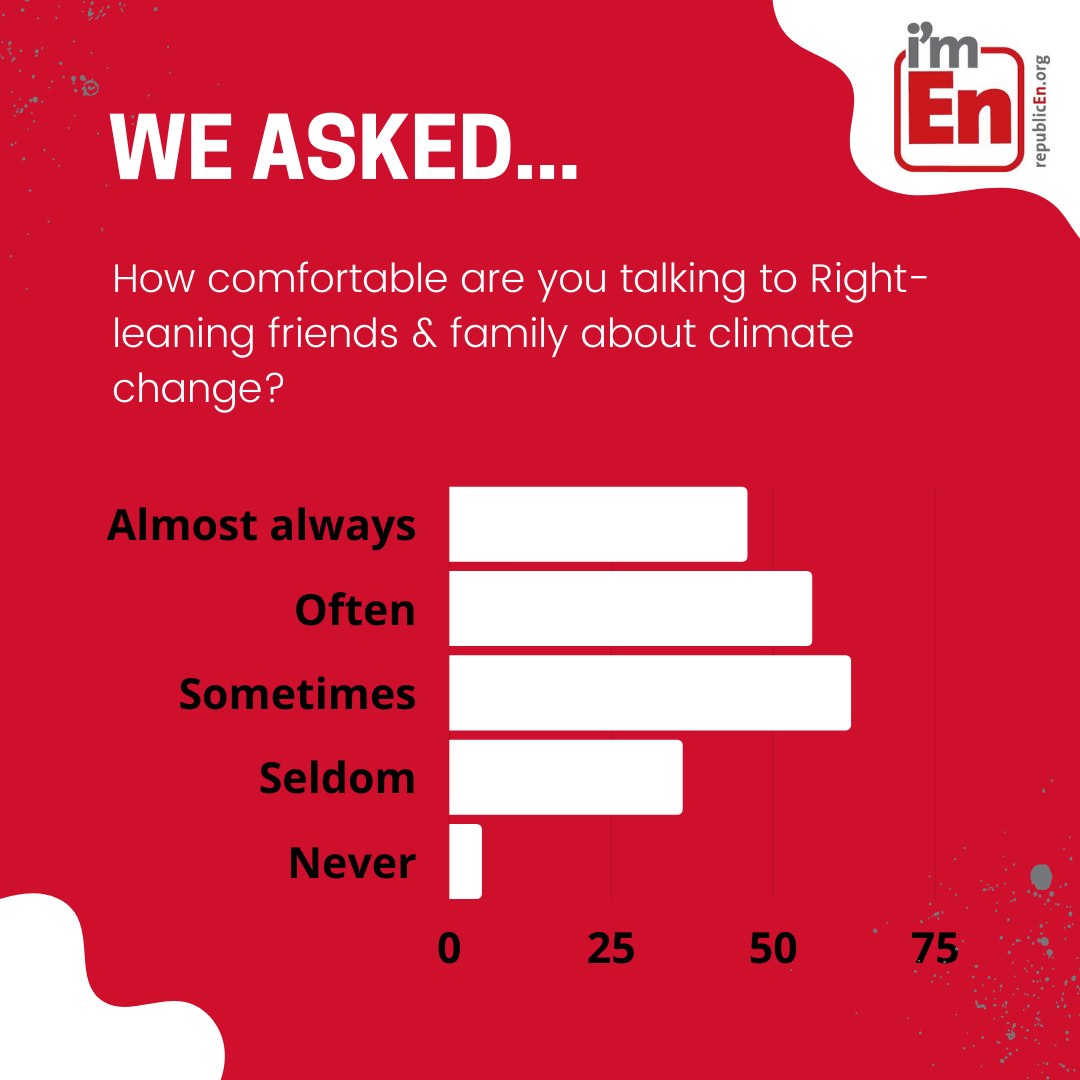 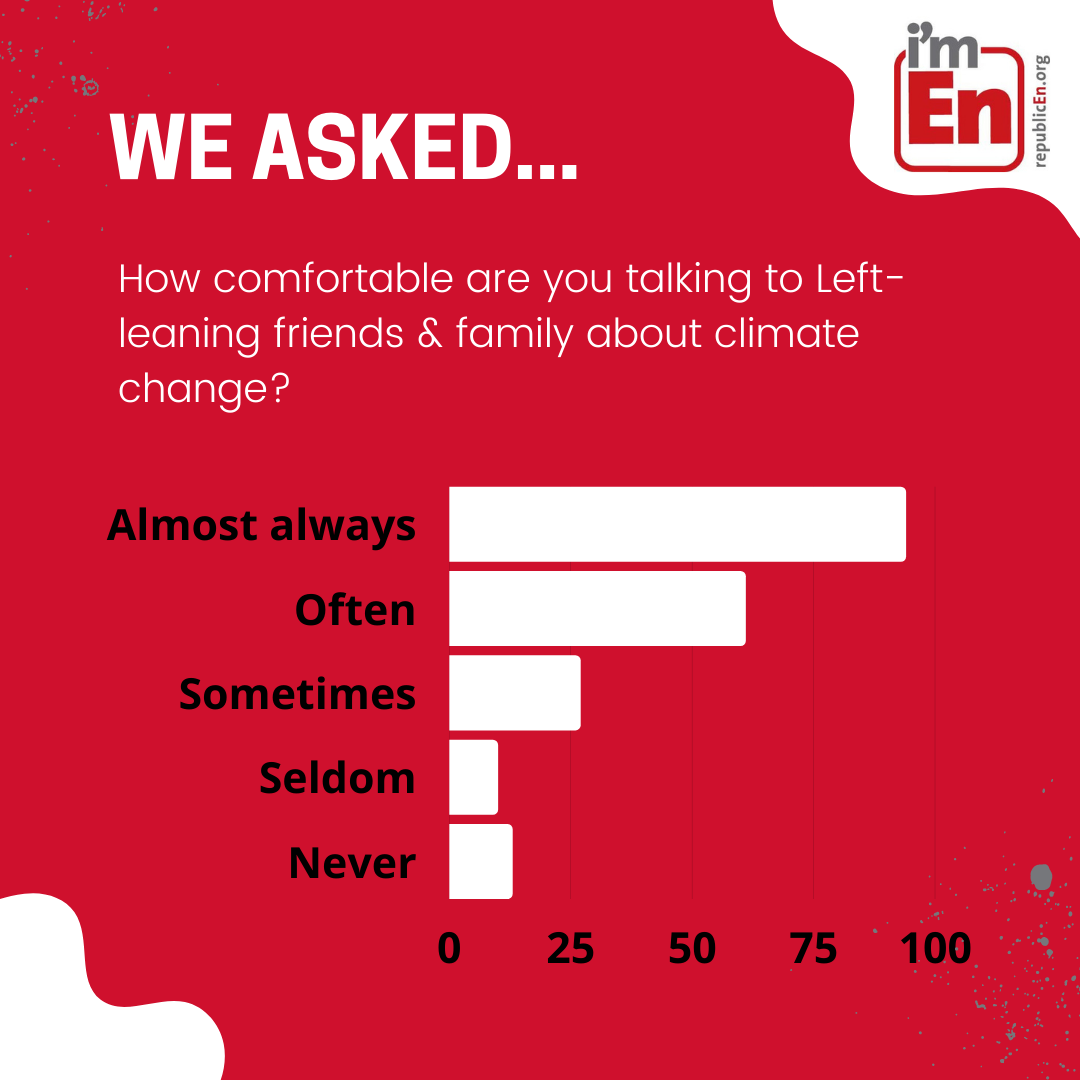 Poll answers are representative of republicEn members across 38 different states, the District of Columbia, and Ontario, Canada! California submitted the most poll responses, followed by Texas and Florida. The political leaning of poll takers: 47% lean right, 40% claim center, and 13% lean left. Here are shares from our republicEn members:

I may be starting to sound like a broken record, but for our members (or anyone!) looking for information or resources on how to talk to others about climate change, republicEn has a webpage devoted to this topic: Tips for Talking About Climate Change. In fact, it was developed with the help of our members through a poll!

Thank you for being part of the EcoRight community!

—Angela and the republicEn team