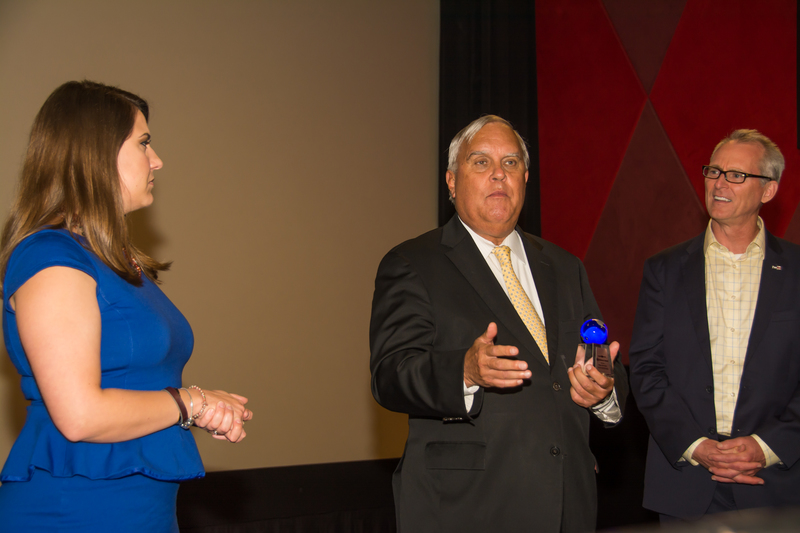 This week, republicEn.org presented Coral Gables Mayor Jim Cason with the “ENvisionary Award” for his work to combat climate change and sea level rise in the city of Coral Gables, Florida. As previously profiled, Mayor Cason has been a committed advocate and strong leader for pragmatic climate action; he had officials map the entire city’s elevation and identified priority at-risk places such as school, hospitals and evacuation routes.

“I didn’t realize how impactful [sea level rise] would be on the city that I’m now the leader of.” he said at the time. “History is not going to look kindly on us as elected leaders for not taking a leadership position.”

republicEn’s Florida state director Anthony Bustamante presented the award. “It’s an honor to present the ENvisionary Award to Mayor Jim Cason for his dedication to address the real threat of sea level rise and climate change in Coral Gables,” he said. “We hope to continue to work alongside Mayor Cason to help keep our coastlines safe.”

Mayor Cason deserves recognition for Coral Gables’ vulnerability assessment as well as the creation of its LiDar mapsboth of critical importance to the City’s future plans. Further, Mayor Cason’s public outreach continues to raise awareness of climate change and sea-level-rise impacts  not just in South Florida but around the state and the country.