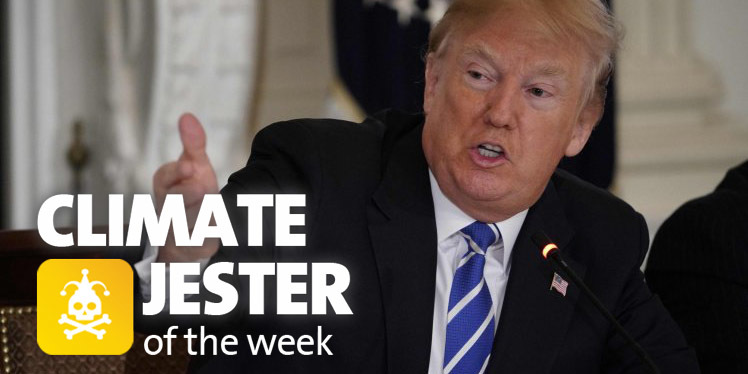 President Donald Trump released his proposed budget for fiscal year 2019, which includes a 34 percent cut for the U.S. Environmental Protection Agency, taking the agency down to 1990 spending levels. The draft budget backs up the agency’s 2018-2022 strategic plan, which (horrifically but not surprisingly) makes no mention of climate change. Related, his $19.9 billion budget proposal for NASA would cut five Earth science projects related to climate change, and he also proposed gutting the Energy Department’s Advanced Research Projects Agency, aka ARPA-E, which funds breakthrough energy technologies.

In slashing clean energy and environmental programs, the White House’s $4.4 trillion budget would also increase the deficit by more than $7 trillion. While the president’s proposed budget has virtually no chance of being enacted as written, he is our climate jester for not taking the issue seriously and setting a negative tone from the top.