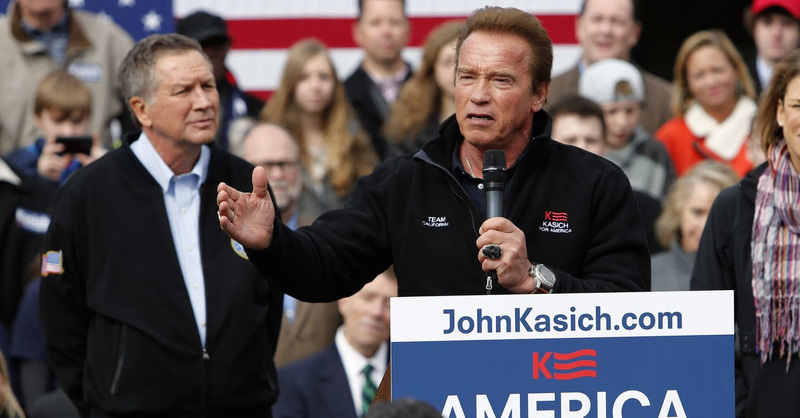 Arnold Schwarzenegger, former governor of California, and Gov. John Kasich, currently manning the helm in Ohio, called for civility and problem-solving yesterday at an event launching New Way California, an organization aiming to reshape the GOP in the Golden State. “We can’t be afraid to talk about the environment,” said Schwarzenegger, who has been vocal on the need for climate action. In his remarks, he compared the California GOP to the Titanic.

“I’m sick of politics,” Kasich added. “In an era of unbelievable change, you will begin to see parties crop up that will begin to serve their customers. You think our millennials care about what political party they’re in?”

The group was founded by former assembly minority leader Chad Mayes, who lost his leadership position after negotiating with Democrats and Gov. Jerry Brown on climate legislation passed in that state last year. Through his new effort, he hopes to help “shed the stereotype of an intolerant Republican Party that serves only the rich and big businesses.”

Schwarzenegger seemed to push his old friend Kasich to run in 2020. “Get back to Washington and kick some butt,” he said.