Younger generations care, but do they act

According to a report conducted by the Yale Program on Climate Change Communication and George Mason University Center for Climate Change Communication, nearly three-quarters of Millennials say climate change is “personally important” to them and 37 percent are willing to share their views with their elected officials. But only 13 percent had actually reached out to lawmakers in the last year.

“It’s not surprising that relatively few people in any generation report having contacted government officials in the past 12 months. Most Americans have no experience doing that, no one has ever asked them to, and many don’t know how,” Anthony Leiserowitz, the director of the Yale Program, told Newsweek.

As has been found in previous studies, younger Republicans are more concerned about climate change than older generations. 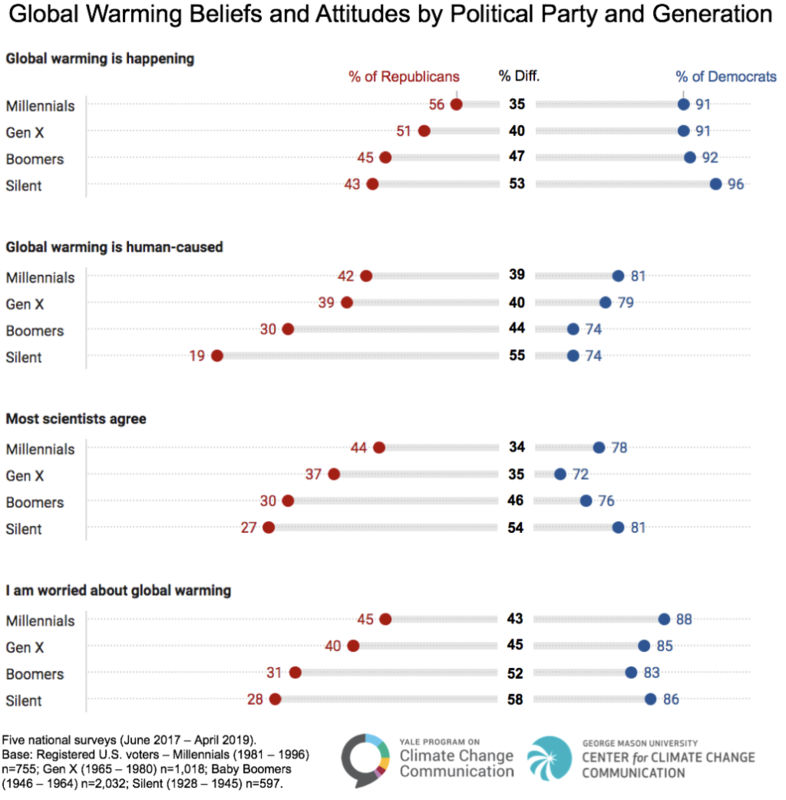 According to the report, “In 2020, for the first time, the youngest generations (both Millennial and iGen  born in or after 1997) are projected to make up the largest proportion of registered voters. Whether they will actually vote and whether concern about the climate will be a priority for them remains unclear.” 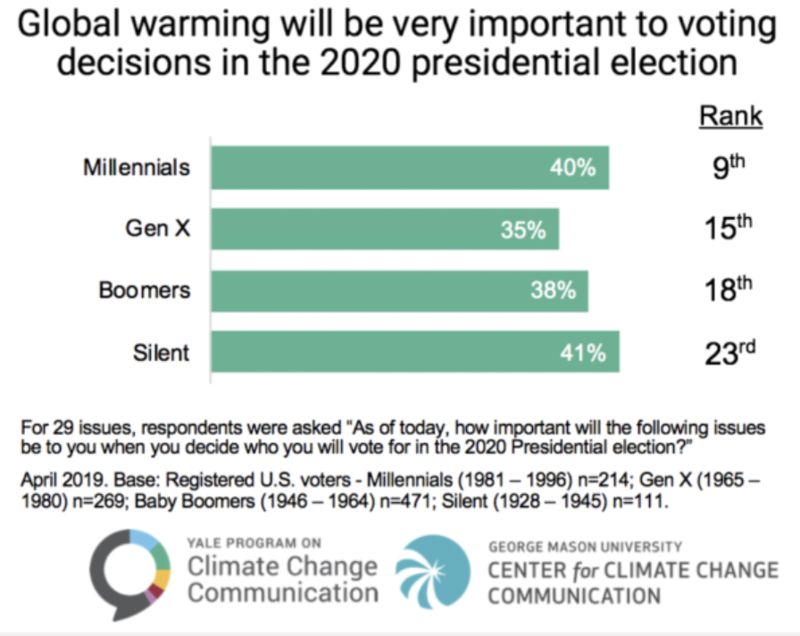 “Young Republicans in particular may be critical to bridging the political divide on climate change and building bipartisan support for reducing carbon emissions,” the report authors conclude.