In a hearing of the House Committee on Science, Space and Technology focused on how technology could be deployed for climate change adaptation, climate deniers spouted off old and new talking points, including this climate jester-worthy assertion by Alabama’s Rep. Mo Brooks:

“Every time you have that soil or rock or whatever it is that is deposited into the seas, that forces the sea levels to rise, because now you have less space in those oceans, because the bottom is moving up,” Brooks said. He pointed to the White Cliffs of Dover and the California coastline as examples of where this is happening. In response, climate expert Philip Duffy, president of the Woods Hole Research Center in Massachusetts and former senior adviser to the U.S. Global Change Research Program, noted that “on human time scales, those are minuscule effects.” Brooks went on to insist that the data he has seen shows Antarctic ice is growing. Earlier this year, NASA researchers determined that Antarctica’s ice loss has accelerated in the last decade.

Rep. Brooks, you are this week’s climate jester. 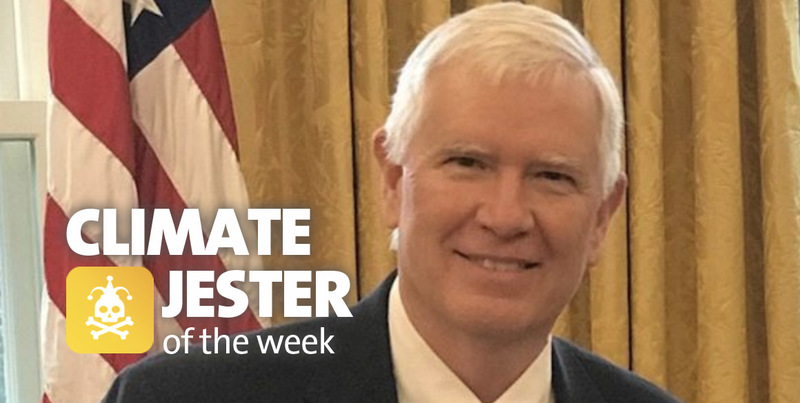