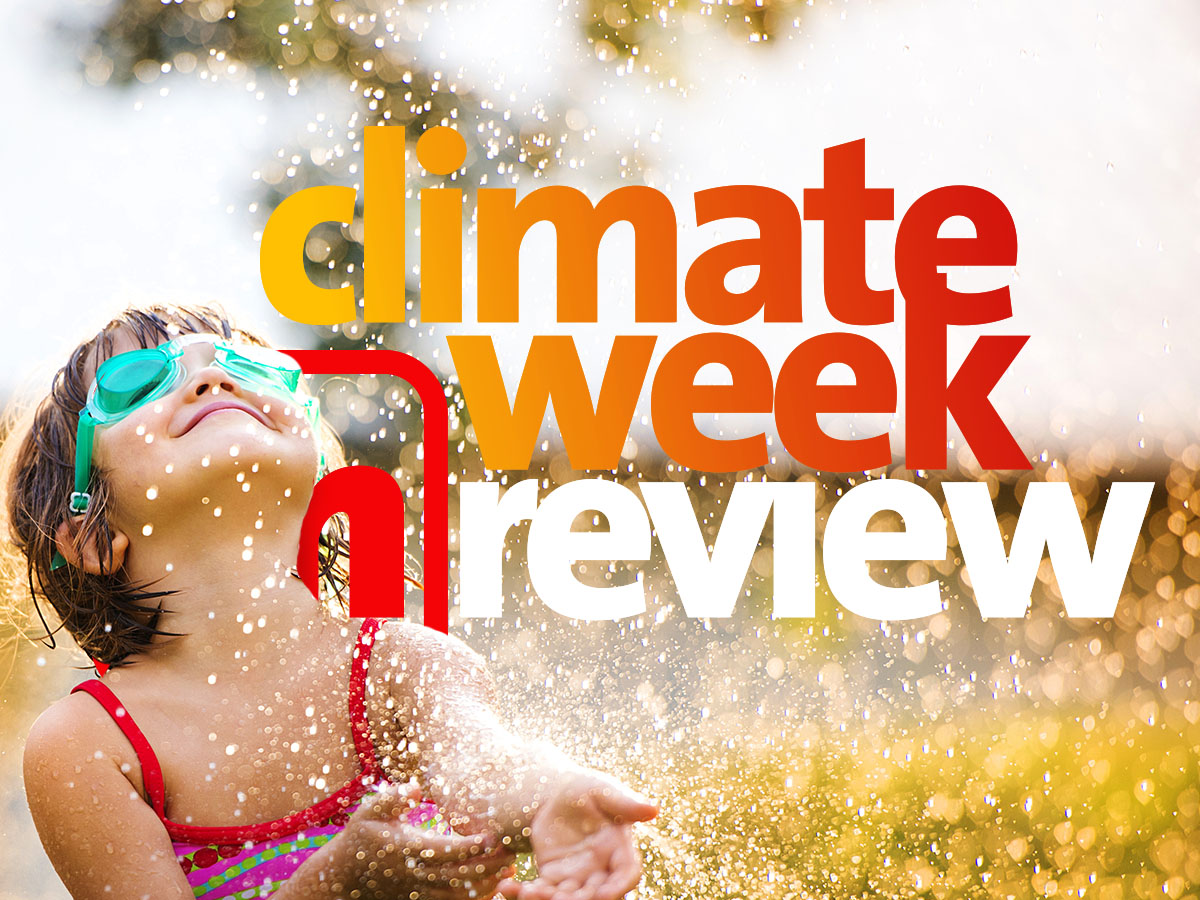 Happy Friday! I don’t know about you, but these hot nights, even with the AC on, I’m not sleeping well. It turns out, I’m not alone. Also, evening temperatures are growing warmer, which is bad news for people like me who want to sleep in a cold bedroom. If this isn’t enough reason to snap to it on climate change, I don’t know what is.

Spotlight on Spokespeople: This week, our spokespeople made all the news.

First up, our guy in South Carolina, Rouzy Vafaie, was published in the Charleston Post and Courier with his op-ed, There’s a Common Climate Concern Linking the U.S. and Iran. I learned much from his piece about this unlikely alliance between American and Iranian scientists are trying to prevent what happened to Lake Urmia from happening to the Great Salt Lake.

“Many factors, such as overdevelopment, have obviously contributed to the near collapse of one and warning signs of collapse from another. Climate change is the common enemy threatening two lakes that are worlds, politics, wealth and religions apart,” Rouzy writes. “Lake Urmia’s drying out has led to a regional respiratory health decline. You don’t need to be a doctor to understand that constant dust storms have a negative impact on the human lungs. And that’s why the Great Salt Lake poses a $1.3 billion problem for the state of Utah. Not just in lost revenue, but in overall increase in health expenditures.”

Be sure to check out the entirety of his fascinating read.

Smells like Climate: Our favorite ideas guy Nick Huey recently launched a campaign with the Citizens Climate Lobby called Smells Like Climate to let everyone know it will really stink if we don’t put a price on carbon.

With the aim of generating some buzz and initiating conversations about pricing carbon, the team created “air fresheners” — Burnt Pine, Smoggy City, and Bleached Reef.

“This is a fun, creative way to get people’s attention, and get them talking about a price on carbon at the same time,” Nick, who serves as CCL creative consultant, said. 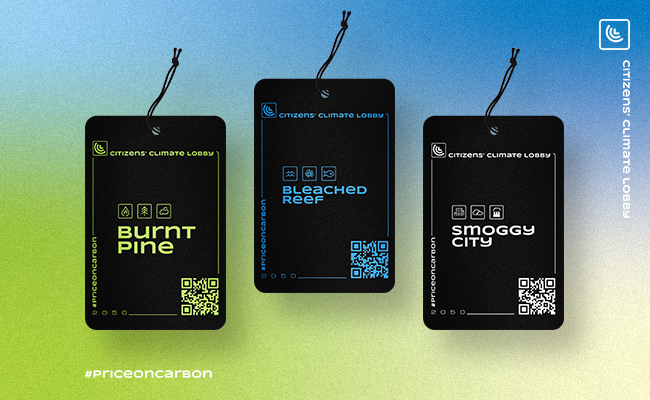 John Sweeney hosted our EcoRight friend and ally from the Alliance for Market Solutions, Alex Flint, at the Metropolitan Republican Club. Of particular relevance to the political conversations happening right now around the EU’s annoucement that they will impose a carbon border adjustment mechanism, Alex said:

“Any country that imposes a cost for carbon pollution will – for political and economic reasons – also have a border adjustment mechanism. It is inevitable… I think the issue for the United States is: are we going to be left out of that, and are our exporters going to be paying a tariff going into the EU, or are we going to enter into an agreement with the EU so that we have a price on carbon and goods and services can flow evenly back and forth?”

You can watch the entire event here.

Last, but not least on the SP front, JC Leser wrote up some reflections on how meaningful Tar Heels Boys’ State has been to him, from when he first met our ED Bob Inglis to reuniting with him there a few weeks ago.

Head to our blog to check it out!

➤➤➤This feels like the right time to note that we are expanding our Spokesperson Team. If you want to join the ranks of the great EcoRighters I already work with, please reach out. 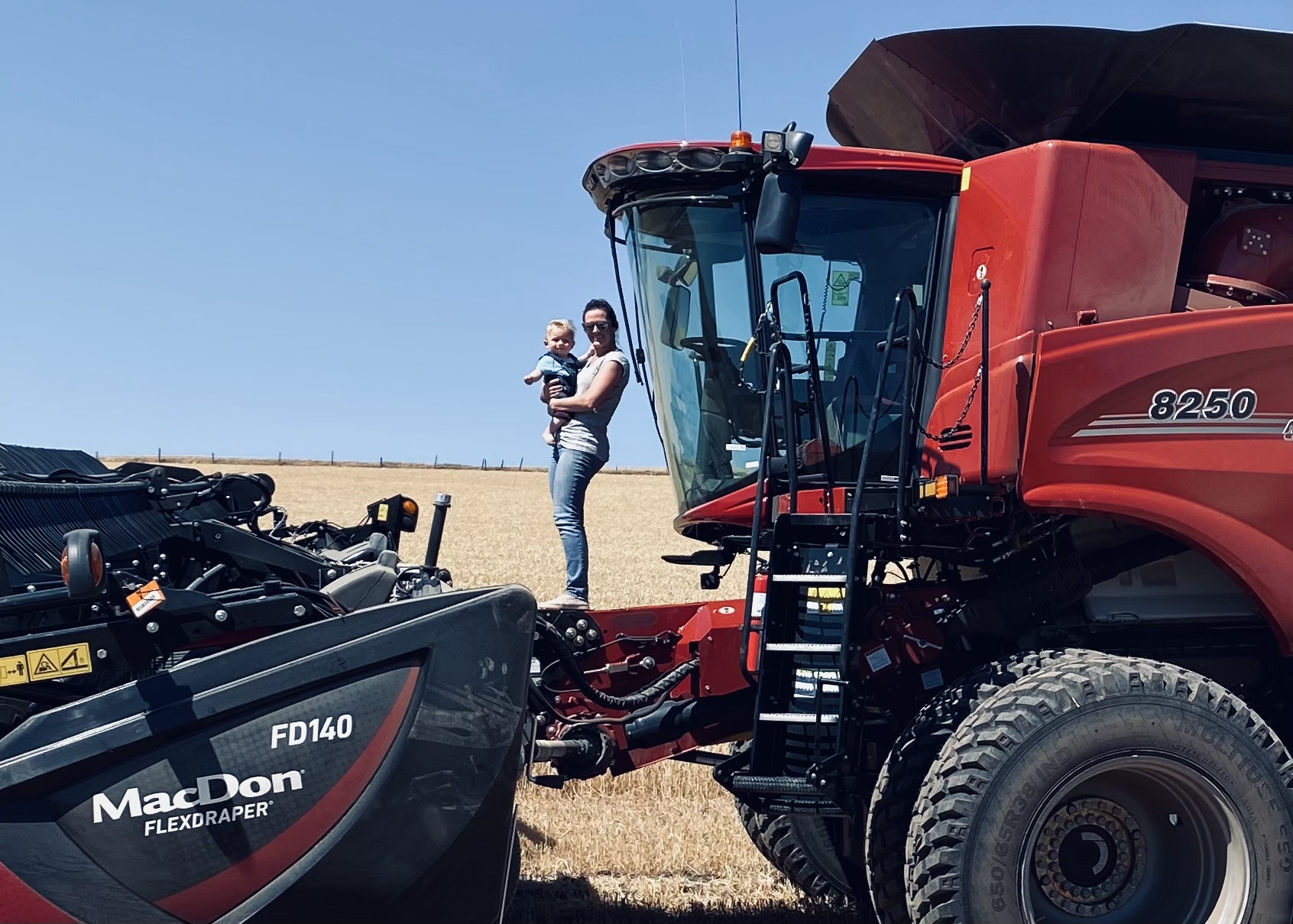 EcoRight Speaks, Season 3 drops Tuesday: Don’t forget to tune in next week for our first episode of season 3 when I chat with Cori Wittman (pictured above on her farm with her son) about sustainable farming and why farmers care about climate change.

Until then, be well!