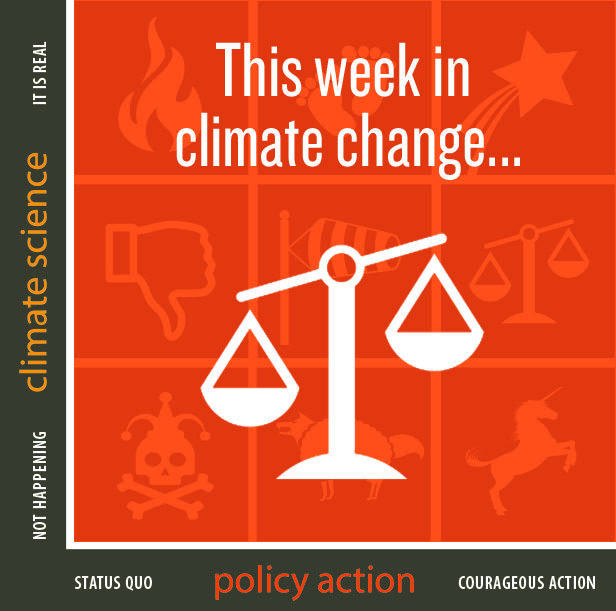 In an op-ed published in the Hill, John D. Graham, who worked for President George W. Bush as Administrator of the Office of Information and Regulatory Affairs, outlined what a conservative climate platform could look like for the GOP. Graham highlighted a revenue-neutral carbon tax as the most effective means of reducing emissions. He also called for a border tax so that “companies that disobey environmental laws [don’t] gain an unfair advantage.” While Graham’s plan is starkly different from what the GOP passed at the Republican National Convention in Cleveland last week, he suggested his platform could “reassure swing voters that a conservative Republican environmental policy is appealing.”

“I want clean air and I want clean water,” Trump insisted. “I’ve gotten many environmental awards. Believe me, I know what I’m talking about. We have to have crystal clear water and crystal clean air.” He did not elaborate on what policies he would support as president to ensure clean air and water.

The chairman of the Senate Environment and Public Works Committee, Sen. Jim Inhofe (R-OK), who has long claimed human-caused climate change is not occurring, said “our kids are being brainwashed” into believing climate change is real.

“My own granddaughter came home one day and said, ‘Popi, why is it you don’t understand global warming?’ I did some checking… and the stuff that they teach our kids nowadays, they are brainwashed  you have to un-brainwash them when they get out” of school, Inhofe said.

Mayor Jim Brainard of Carmel Indiana, whom we previously highlighted on ClimateEye, continued to make his push for Republican Party leaders to consider climate change policy. “It would be easy, I think, to sit on the sidelines,” Brainard said. “I don’t think that’s the way to change public opinions. The way to change it is to get in there and talk about it.”

“There’s a lot of hesitation on behalf of Republicans now to speak out, mostly because the climate deniers are loud and brash without very much thoughtful discussion,” he noted. And if Trump wins the presidency, Brainard said he would, “attempt to change his mind on some of the climate issue, and give him some good, solid reasons for doing that.”

Enjoy the last weekend of July!