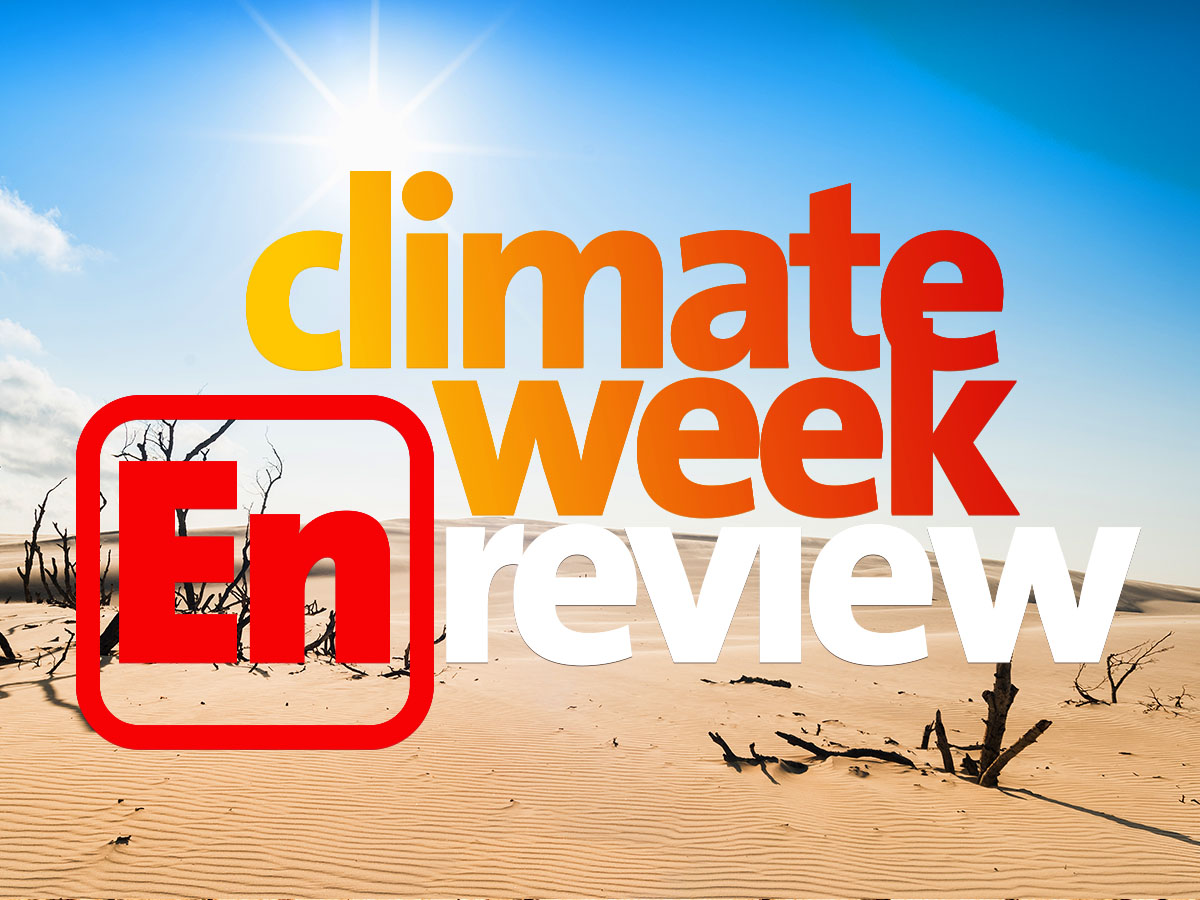 TGIF… you made it! Sometimes these shorter weeks feel longer so I hope you enjoy your weekend as much as I expect to enjoy mine.

This week’s must read: Conservatives deserve chance to show they’re sincere in fight against climate change (Houston Chronicle) “I’ve begged conservatives since I started writing columns to embrace science and offer alternatives to the regulatory big stick approach liberals rely on too much. Unfortunately, by denying that humans are making the climate inhospitable for human life, conservatives sacrificed their credibility on the issue and let liberals muck up the regulatory landscape,” columnist Chris Tomlinson writes. “Conservatives say they believe in market and science-based solutions, and like all politicians, we should hold them to their word.”

Related: Conservatives are “ready to be judged in a year” on their climate achievements, according to the founder of the Conservative Climate Caucus, none other than our favorite, Rep. John Curtis in this Politico interview.

“And I have sensed from my Republican colleagues,” Curtis says. “That they are much like me in the sense that we regret that we’ve allowed ourselves to be branded as not caring about the environment, and I think that’s not true. I think we care deeply. It’s time for us to come forward with our ideas. We’ve done a wonderful job of telling people what we don’t like and we actually have quite a few good ideas, and we want a seat at the table.

We’re happy to have him pulling out the chairs.

Season three drops on July 20, 2021: Make sure you’re subscribed with your favorite podcast provider to get alerts that the latest EcoRight Speaks episode is live so you won’t miss a single episode. In less than two weeks, we’re kicking off  SEASON 3 with Idaho farmer Cori Wittman, a passionate advocate for farmers engaging in sustainability practices that contribute to solving climate change.

Want to prepare for this episode? A great story to watch in the meantime is the following news clip following Growing Climate Solutions champion Senator Mike Braun. “Agriculture could lead the way,” in solving climate change, he notes in the segment.

Save the date: National Clean Energy Week is coming in September, the 20th to the 24th. While it feels far off, the date will be here before we know it. Like last year, this annual event hosted by our friends at Citizens for Responsible Energy Solutions is virtual, making it accessible to anyone who wants to participate.

Hot enough? June was the hottest June on record for the North American continent, that according to the Copernicus Climate Change Service, an agency supported by the European Union. Average surface temperatures for June in North America were about one-quarter of a degree Fahrenheit (0.15 of a degree Celsius) higher than the average for June 2012, the previous record-holder.

Quote of the week: From Marty Hall, Republican Staff Director for the House Select Committee on the Climate Crisis, on a CRES-sponsored webinar How Conservatives are Planning to Tackle Climate Change.

“There is a lot of excitement from conservatives getting engaged on this issue.”

Fun fact: Marty and I worked together on the Senate Environment and Public Works Committee, where I was his favorite professional staff member because I always wrote my own floor statements and quote for press releases, making the comms team’s job easier.

Be well and see you next week!