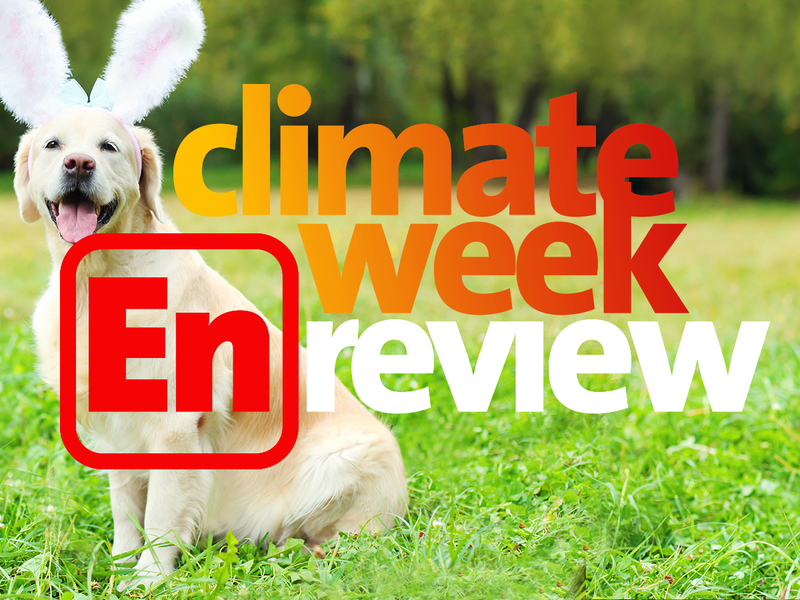 Happy Friday! Before heading to the family Easter egg hunt and/or Passover seder, catch up on the week’s news and musings from the EcoRight.

This week’s must read: How a conservative think tank is trying to tackle climate change (Washington Post) George Shultz, the 97-year old former Secretary of State to President Ronald Reagan, is making it his mission to “take out an insurance policy to protect against the risk of climate change.”

This week’s must watch: The Bible doesn’t talk about climate change, right? This episode of Global Weirding is a year old, but the subject seems appropriate this holy weekend. Katharine Hayhoe explores: what is an evangelical and what does their belief system have to do with climate change? “We are stewards or caretakers of all living things on this planet.”

From the mouths of deniers: A set of eight talking points instructing staff to underscore climate change “uncertainties” was circulated to staff at the U.S. Environmental Protection Agency. One of the agency guidelines suggests “human activity impacts our changing climate in some manner” but with the caveat that “the ability to measure with precision the degree and extent of that impact, and what to do about it, are subject to continuing debate and dialogue.” Another talking point reads: “While there has been extensive research and a host of published reports on climate change, clear gaps remain including our understanding of the role of human activity and what we can do about it.” Administrator Scott Pruitt is at odds with the scientific community and earlier in the administration, suggested hosting “red team, blue team” climate science debates, an idea White House Chief of Staff John Kelly vetoed. After a brief hiatus, Pruitt is once again climate jester of the week.

Shameless promotion: I was invited to speak about the Maryland energy grid on the Baltimore local Fox affiliate on Thursday. Check out at my super emotive clip:

And that’s it for us! Have a great weekend and see you on Monday with April showers of EcoRight news.