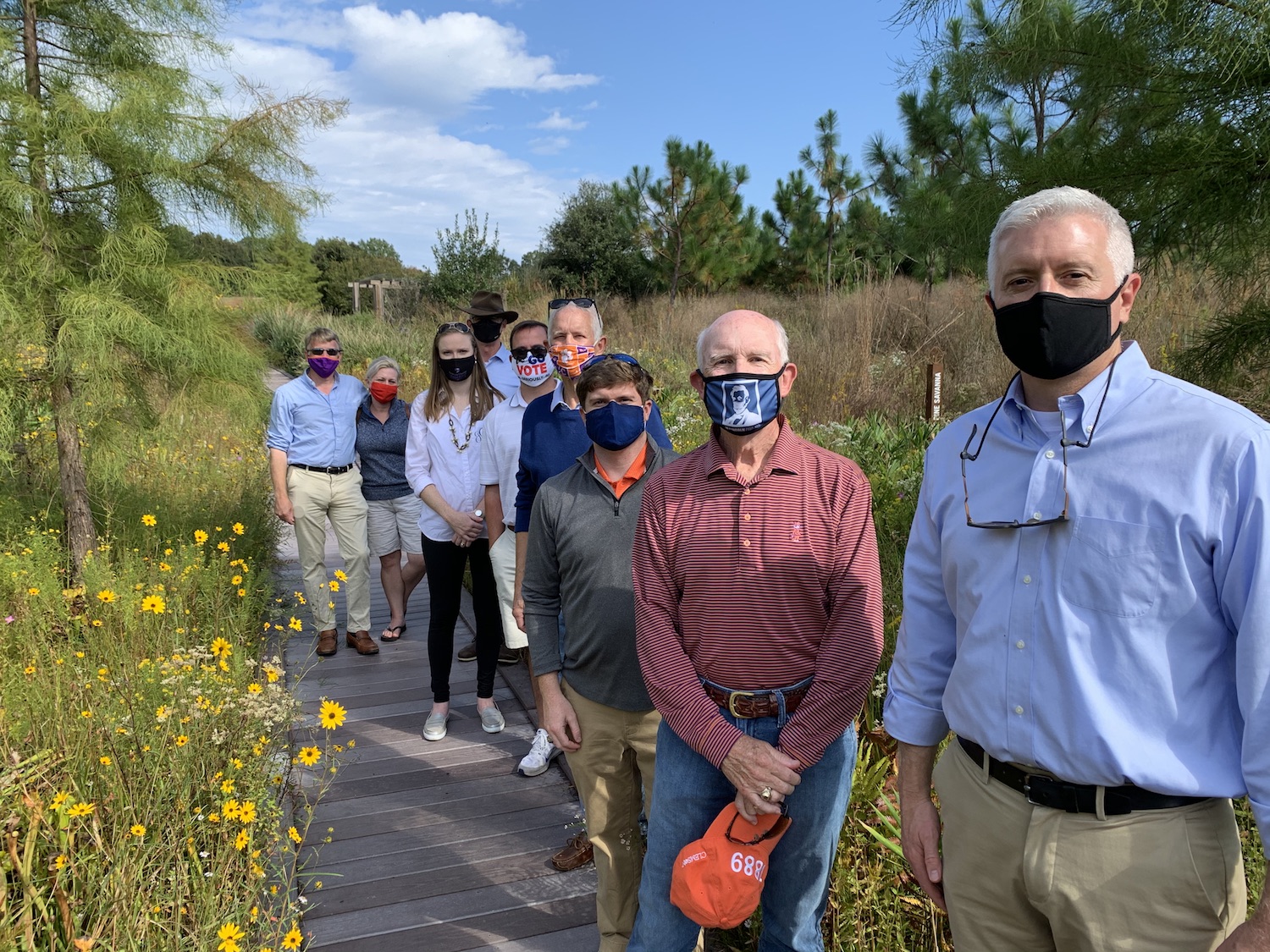 A beautiful fall morning greeted us upon arrival at the South Carolina Botanical Garden on the campus of Clemson University last Friday.

I pulled into the back parking lot around 10:15 am, excited to finally meet of our good friends and retiring South Carolina State Representative Gary Clary (R-SC-3). We were the first two on the scene of our organized “field trip” co-sponsored by the Audubon Society, designed to show conservative lawmakers the local impacts of climate change.

republicEn.org has organized and hosted several other field trips in the past but this was our first in South Carolina and certainly our first during the ongoing COVID-19 pandemic. However, being outdoors and masked up made the event possible and safe.

Reps. Neal Collins, West Cox and Jason Elliott and were on hand along with myself and our republicEn.org executive director Bob Inglis, who made the short drive over from his home in Travelers Rest, S.C. And we were lucky to have Audubon South Carolina policy director Julia Dietz join us as well.

We got lucky: outgoing Botanical Garden executive director Patrick McMillan is less than a week away from leaving the Upstate to make the cross-country drive west to Washington state where he’s starting a new job in the greater Seattle area.

But as he mentioned to us at the outset, this was his final unofficial swan song at the Botanical Garden. We were fortunate to be on the receiving end of his deep knowledge, passion, and 20 years worth of information.

Patrick started by explaining how many of the plants, trees and particular horticulture had changed at the Botanical Garden due to a 10-degree temperature rise in average winter lows. Hostas and azaleas once dominated the grounds where you’ll now see more agaves and Palmetto trees. Due to climate change, Patrick said, “we had to work within the boundaries the world was setting for us instead of working with the way we wanted to do it.”

In addition, the impact and damage of a devastating 2013 flood caused thousands of dollars of damage. In 2015, another major tropical storm dumped over nine inches of rain. But applying lessons learned two years earlier, Patrick and his team were able to ‘weather the storm’ and save the facility thousands of dollars.

A self-described conservationist, Patrick explained how unique the Southern Blue Ridge Mountains are and the impact of people flocking to the region.

“People want to live here. But something great could be ruined by loving it to death,” he explained. “As a business person, this is a game-changer…this is where people are coming.”

At the other end of the state, he cited a recent news article regarding data from the Rhodium Group (analyzed by ProPublica) that looked at every county in the U.S. to determine the risk of “compounding calamities.” Unfortunately, Beaufort County is No. 1 on the list of counties at the greatest risk of life-altering and life-threatening climate change.

“We have two choices,” Patrick said at the close of our walking tour. “One is a good choice and the other is a bad choice, for us and the longterm.”

As we concluded, I asked each of the invited lawmakers their biggest takeaway from the tour. Listen to this week’s EcoRight Speaks podcast for a full segment on the field trip and reactions from all four conservative lawmakers.