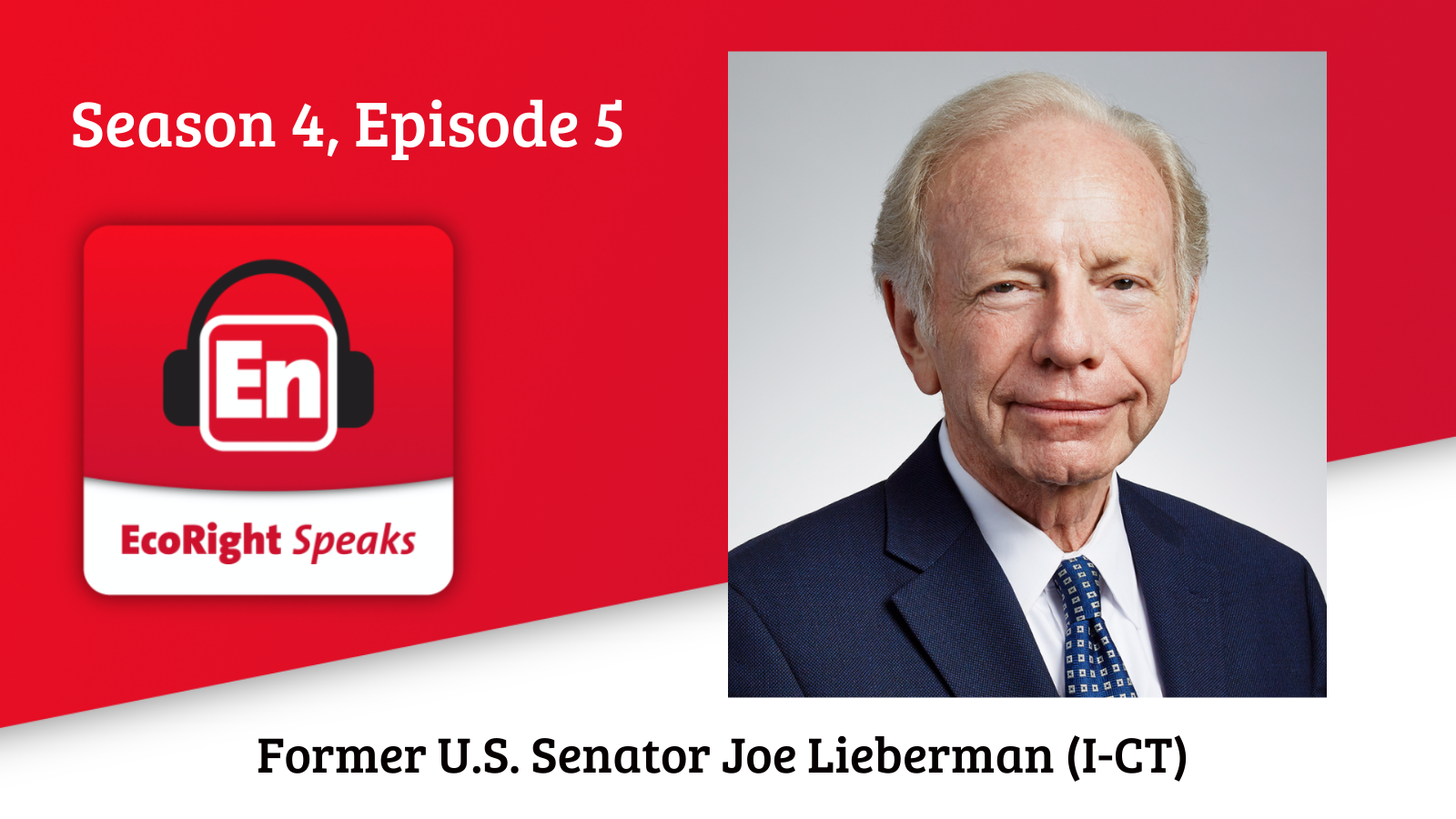 This week’s guest is someone I had the honor to work with earlier in my career. Former Connecticut Senator Joe Lieberman is the throughline on all major climate change legislation that attempted to move through the Senate. With a passionate and pragmatic approach, Senator Lieberman knew that in order for climate policy to be durable, it had to be bipartisan. The long-time member of the Senate Environment and Public Works Committee has been engaged on the topic his entire Senate career, working with the late Senator John Chafee (my former boss) on a credit for early action bill in the late 90s, the infamous McCain-Lieberman bill of 2003 and 2005, a climate bill with my other boss, the late Senator John Warner in 2007-2008, and after Warner retired, Lieberman looked to his other friend, South Carolina’s Lindsey Graham, whom he came close to introducing a bill with in 2010.

Today, the Senator works with the organization No Labels on post-partisan approaches to policy.

He and I talk about bipartisanship. We talk about his stellar climate career. And the crisis in Ukraine today–and why energy independence is so important.