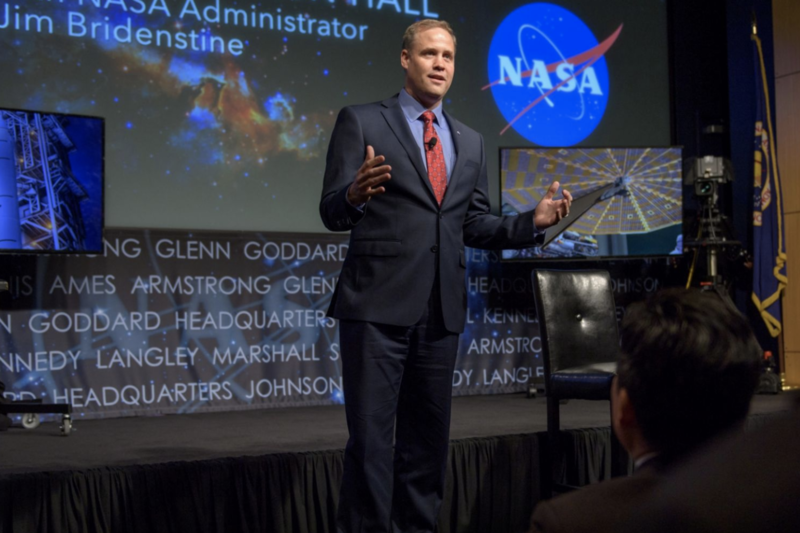 In a NASA town hall meeting, recently minted Administrator Jim Bridenstinewho during his confirmation hearing and as an Oklahoma Congressman dismissed the human contribution to climate changetold staff his position had “evolved.”

“I don’t deny the consensus that the climate is changing; in fact, I fully believe and know that the climate is changing,” he said. “I also know that we, human beings, are contributing to it in a major way. Carbon dioxide is a greenhouse gas. We’re putting it into the atmosphere in volumes that we haven’t seen, and that greenhouse gas is warming the planet.” He added: “That is absolutely happening, and we are responsible for it…NASA is the one agency on the face of the planet that has the most credibility to do the science necessary so that we can understand it better than ever before.” He committed to following National Academy of Sciences guidelines in order to “make sure that NASA is continuing to do the science, and we need to make sure that the science is void and free from partisan or political kind of rhetoric.”

NASA’s mission includes conducting climate research that encompasses solar activity, sea level rise, the temperature of the atmosphere and the oceans, the state of the ozone layer, air pollution, and changes in sea ice and land ice.