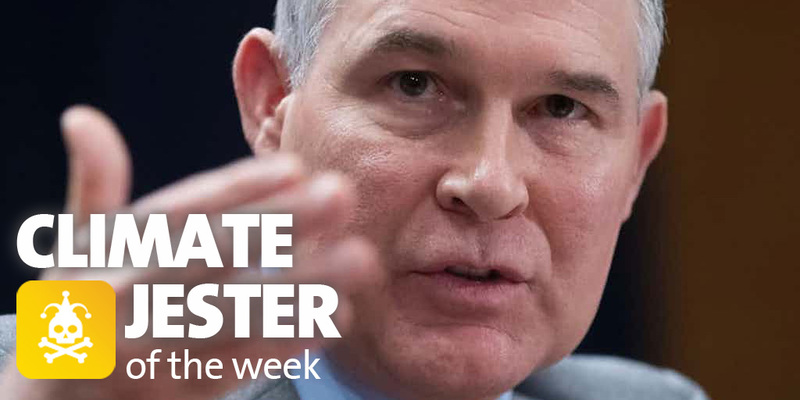 “I think there’s assumptions made that because the climate is warming, that that necessarily is a bad thing,” Pruitt said in an interview. “Is it an existential threat, is it something that is unsustainable, or what kind of effect or harm is this going to have? We know that humans have most flourished during times of, what, warming trends?”

Pruitt also called “fairly arrogant” the assumption that climate scientists know what the ideal surface temperature should be in the year 2100.