Check out this pie chart: 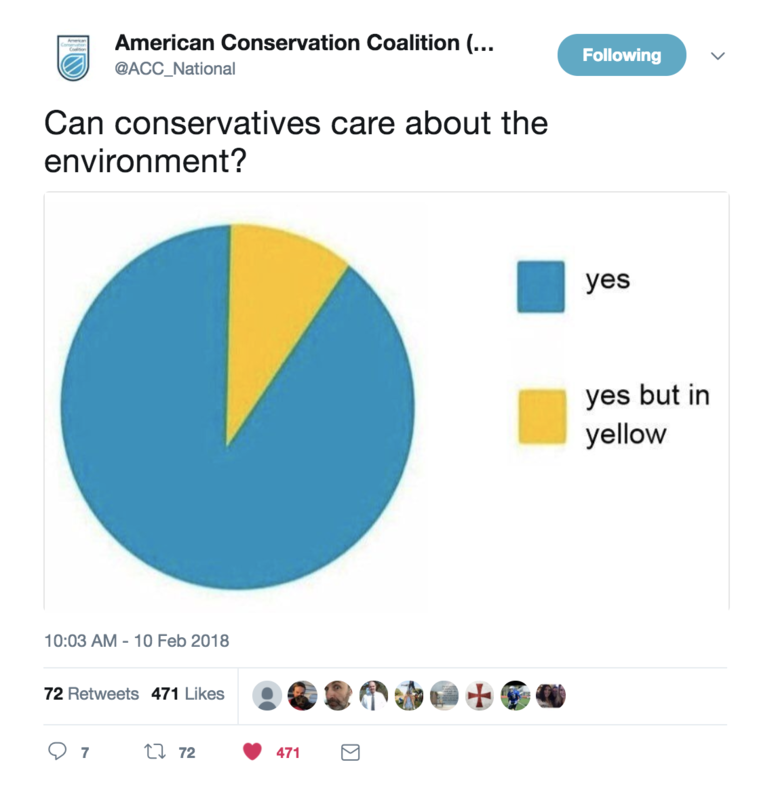 Backer notes that “climate discussions have only revolved around big government solutions, for the most part. And if you’re a conservative and you hear that, you get turned away from that issue which is just too bad because there are so many other alternatives.” At republicEn.org, we are already getting to know this ardent EcoRight leader, and we look forward to praising more of his accomplishments.